Do you want to know how a block-making machine works?

The functioning of the blocks-making device is built around the vibration and the compression of the concrete. They are equipped with a hopper which they can store and receive the freshly poured cement needed for the creation of blocks. The cement is dosed into the mould to the appropriate quantities. In order to make it easier to fill every mould as well as the mould are both vibrated as is the shaker.

After this process is completed after which the mould is compressed to its exact dimensions as well as the air which forms in between the grains of sand and gravel is eliminated. In the end, it is vibrated again to aid in it compress (harder than the time when it was filled with mould). 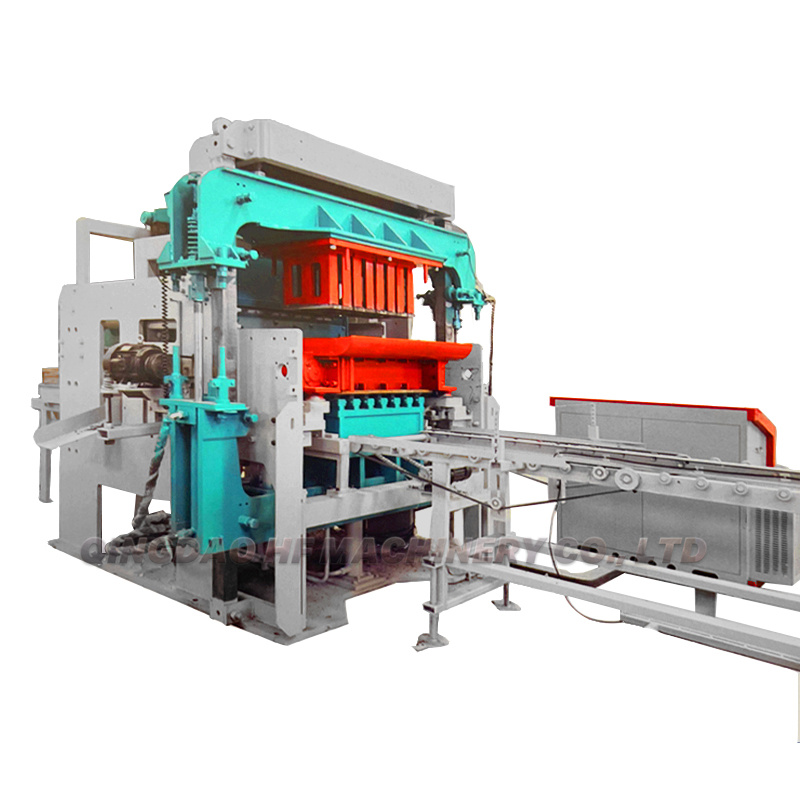 What components do we need to help make machine blocks function?

Three kinds of fundamental elements that are essential to the operation of Block machines.

About HF The leaders within the block machine market

At Qingdao HF block machine, we offer a variety of presses that consists of 5 models. They can all work with metal, plastic or wooden production trays that are of various dimensions, and are included in an assembly line that is which can be outfitted with different options (for transfer of products and palletisation, for example.) to satisfy the needs of each customer.

We are now going discuss the working that we have in these Block-making Machine models. We will begin by separating semi-automatic, automated or manual blocks machines. In the case of a manual machine, it's the machine that is moving and occupies too much space within the factory.

In the semi-automatic and automatic models, it's the traytrays that move. This makes it easier to complete the process of production and assists to increase the production capacity. Block machines from our Block machines are designed and constructed to produce concrete block of various types and dimensions.

Changes over many  years

They've been growing rapidly, starting from the initial that were simply metal molds where the mixture was naturally made and then to the ones we offer today that can perform all the work completely automatically. They also have excellent production rates, with low maintenance costs and can adapt to the demands of our diverse clients.

With the various kinds of block machines, there are various options. For instance the installation circuit could be set up as a line or an U that has five-height elevator and descender units which facilitate the transfer of the tray to dryers with the help of the forklift truck. For palletizing, the machine could be equipped with a pneumatic or an automatic palletiser, and so on.

However, an blocks-making machinery is also equipped with different components or mechanisms, such as the The mould, which is vibrating, with various cavities that allow for varying the dimensions and the type of concrete blocks that are made and the plates for compacting, and so on.

Also, there is the base where you can put the rails, the springs as well as a carriage to carry the compactor. The two options that provide lower maintenance costs, and need less installations, yet nevertheless provide large productions.

Permeable pavements are constructed from either a porous substance that allows water to pass through or nonporous blocks that are spaced out so that water flows through the gaps.

Qingdao HF Machinery Co., Ltd is the professional manufacturer and exporter for block machine since 1989, providing users in 130 countries and regions with efficient and intelligent block equipment and services.

Brief description of the installation process

Block Machine Installation Process. How to install block machines? Do you think the block machine installation is difficult? Follow us, you will find that it is so easy to operate. After receiving the equipment, follow the below decomposition steps, yo

Whether for inquiries for inspections and
maintenance, for individual plant optimizations or
extensions, or spare and wear parts.

Our after-sales service is at your disposal for all
questions

Show on the Map

GET YOUR FREE QUOTE